Enyo (/ɪˈnaɪoʊ/; Ancient Greek: Ἐνυώ) was a goddess of war in Classical Greek mythology. She frequently is associated with the war god Ares.

In ancient Greek mythology, Enyo was the goddess of war and destruction. She is connected with Ares who was the war god. Enyo was usually shown as the sister and companion for Ares the God of war. Sometimes she was called the “Sister of War” or the “Sacker of Cities.” She usually wore a helmet and was armed with a spear and torch. Her role was going into battle alongside her brother Ares. She was the daughter of the powerful Greek God Zeus and his wife Hera, the goddess of marriage.

Enyo was usually part of helping Ares to plan to destroy many cities. She would often be a part of these attacks on the cities with Ares. She was part of the war of the Seven Against Thebes. Enyo also participated in a war that Dionysus, the god of wine, had against the Indians. In another important part of Greek mythology, she was part of spreading terror during the fall of the city of Troy. She helped spread terror along with three others: Eris, the goddess of strife; Phobos (also known as Fear); and Deimos (also known as Dread). These four were seen on the shield of Achilles, a hero in Greek mythology. In another famous part of mythology, the powerful Zeus had a battle with a monster called Typhon. Enyo enjoyed seeing the battle so much that she would not choose a side in the fight. Enyo’s name is mentioned in classical Greek literature, including a classic work by Homer, the “Iliad.” In this story, Homer describes Enyo as ranking highly amongst the Goddesses when it came to battle. Homer said that Enyo ranked as high as Athena when it came to doing battle with men.

Despite being one of the lesser-known Goddesses of Greek mythology, she was written about quite a bit. In the Iliad, Homer writes of her, “[The] goddesses, who range in order the ranks of men in fighting, [are] Athene (Athena) and Enyo, sacker of cities.” He also says, “And with him followed the Trojan battalions in their strength, and Ares led them with the goddess Enyo, she carrying with her the turmoil of shameless hatred.” Quintus Smyrnaeus writes in his Fall of Troy epic from the 4th century CE, “Who is so aweless — daring, who is clad in splendor-flashing arms: nay, surely she shall be Athene, or the mighty-souled Enyo — haply Eris (Strife).” He also says, “[Among the images decorating the shield of Akhilleus (Achilles):] And there were man-devouring wars and all horrors of fight … Phobos (Panic) was there, and Deimos (Dread), and ghastly Enyo with limbs all gore-bespattered hideously, and deadly Eris (Strife).”

“Wings as a symbol of freedom”

The main idea behind the Enyo collection is focused on us – the human beings. The extension of our limits, the inside strength, the power, and the self estimation.

I see wings as a way of freedom, the medium to overcome our “dark” thoughts, hesitations and doubts, and be the persons that we admire and we really wanted to be.

In our everyday life, we put so much effort to cope with all our “to dos”, and we often put that limit high. We really forget that the only thing we should really focus on, is ourselves, and our actual needs. Most of the times we don’t even know which of all these are real, and our time becomes even more limited. We can’t find the time to look inside, question ourselves and every thought or action we take, and as a result we just end up following our daily routine.

This collection is a motivation to everyone in order to follow his/her heart and passions, fulfill his/her desires and be proud of him/her self.

Apart from the freedom, the wings symbolize also the free spirit, and the constantly moving.

These are characteristics that I try to empathize with this collection.

The bracelet consists of two silver wings, combined together with a silver wire. Each wing has three feathers, which are hammered by hand from a flat sheet into a hollow form, with the edges coming together perfectly above the curve. 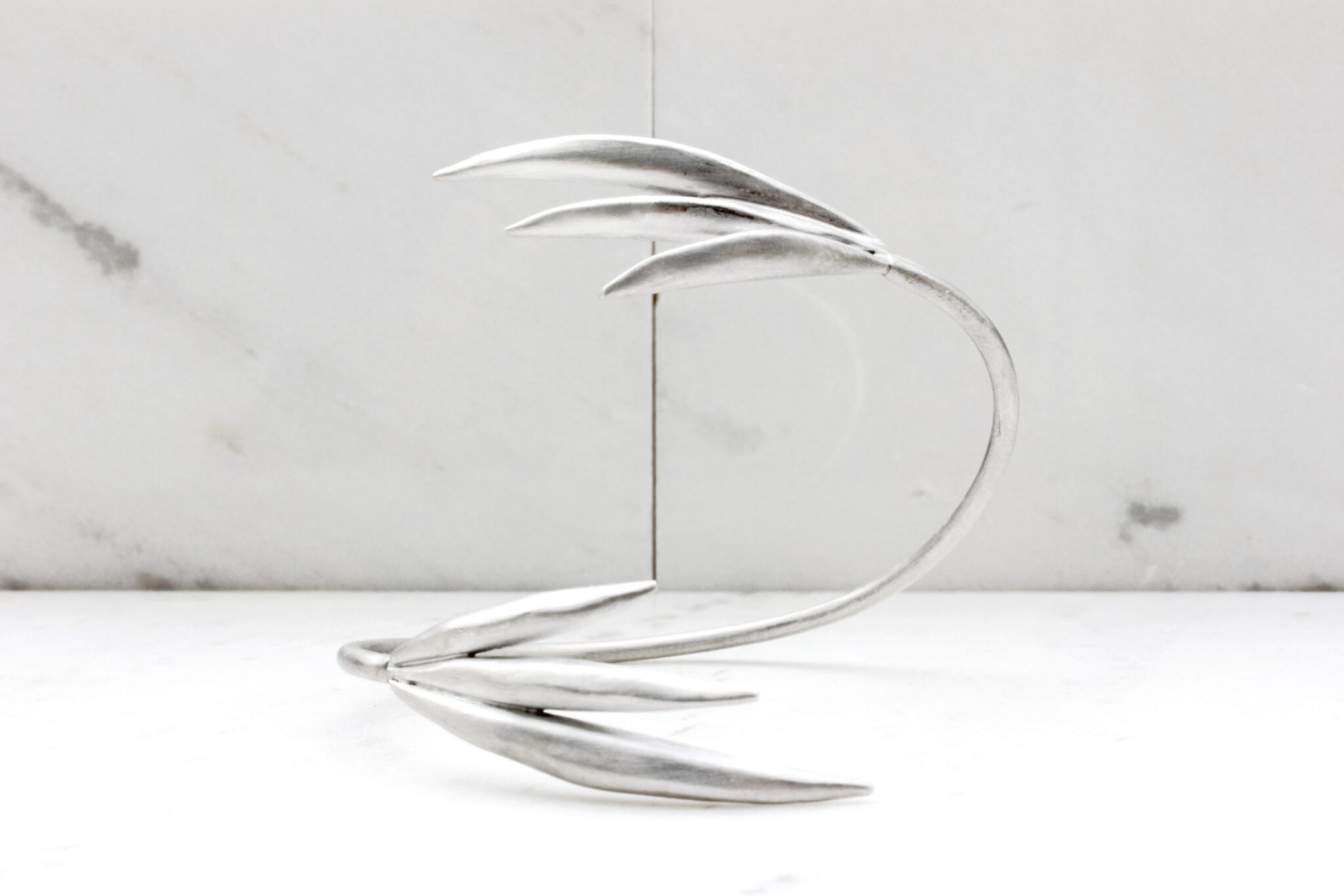 The earrings are made with exactly the same technique, they are empty inside , and each one is a separate wing itself. 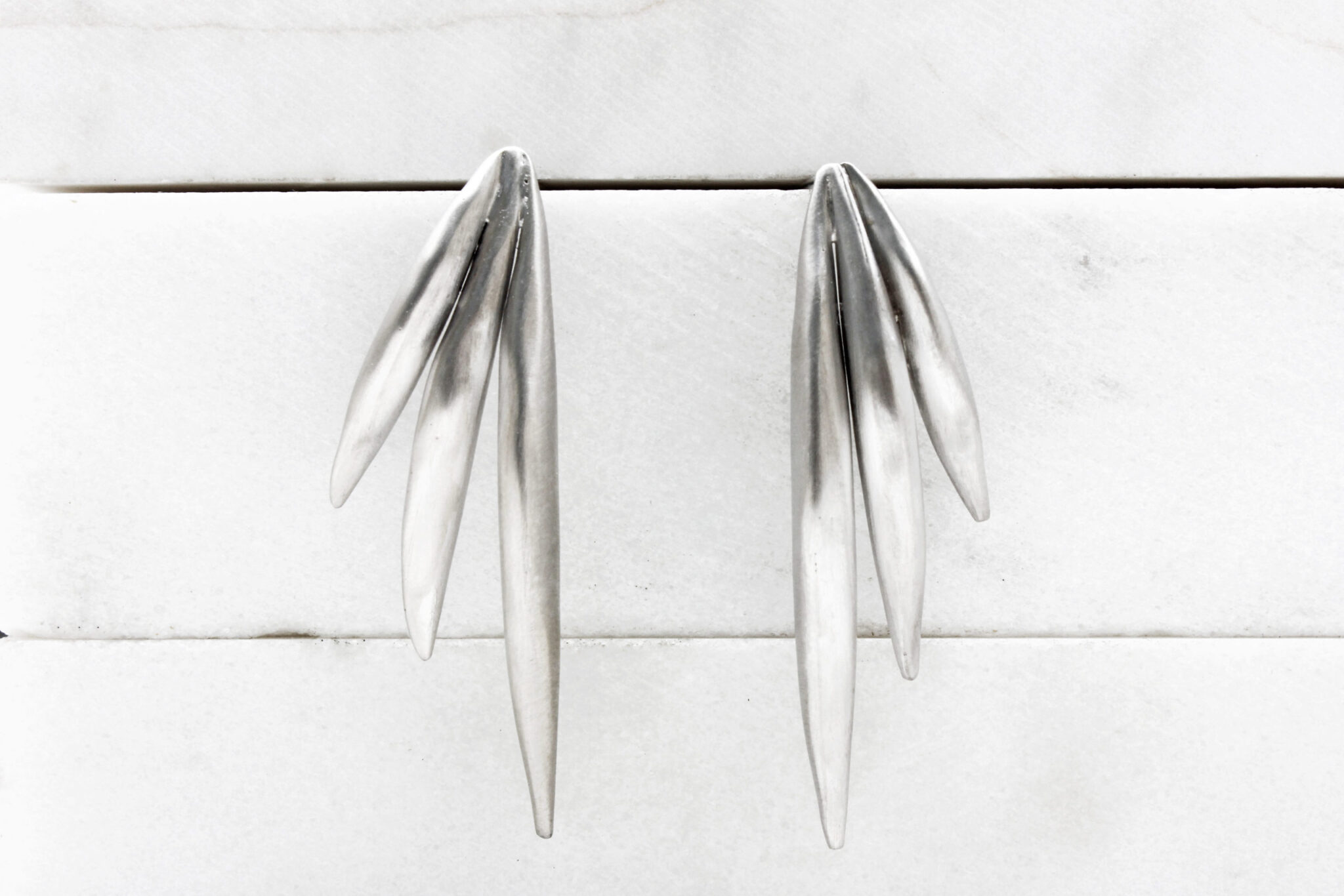 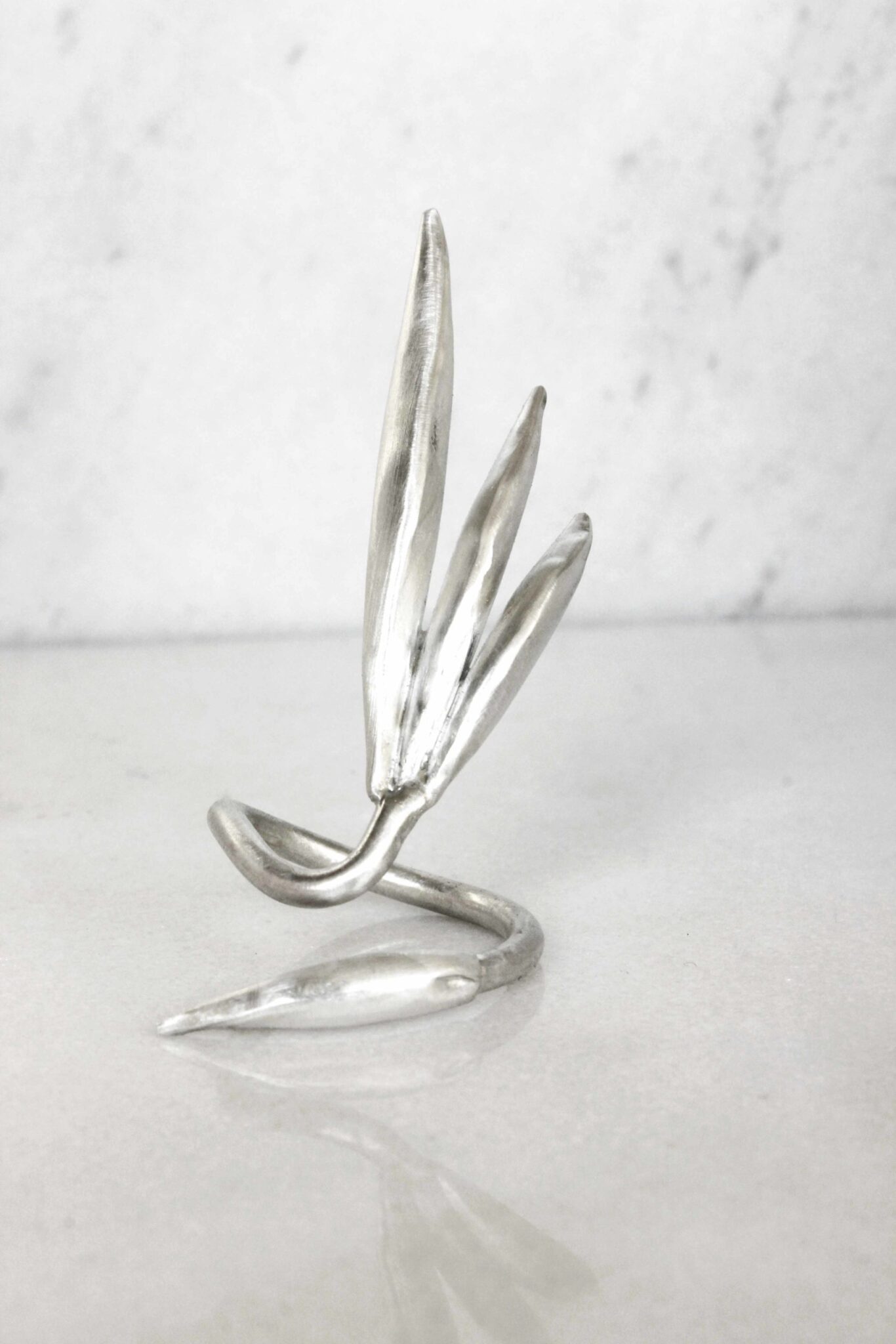 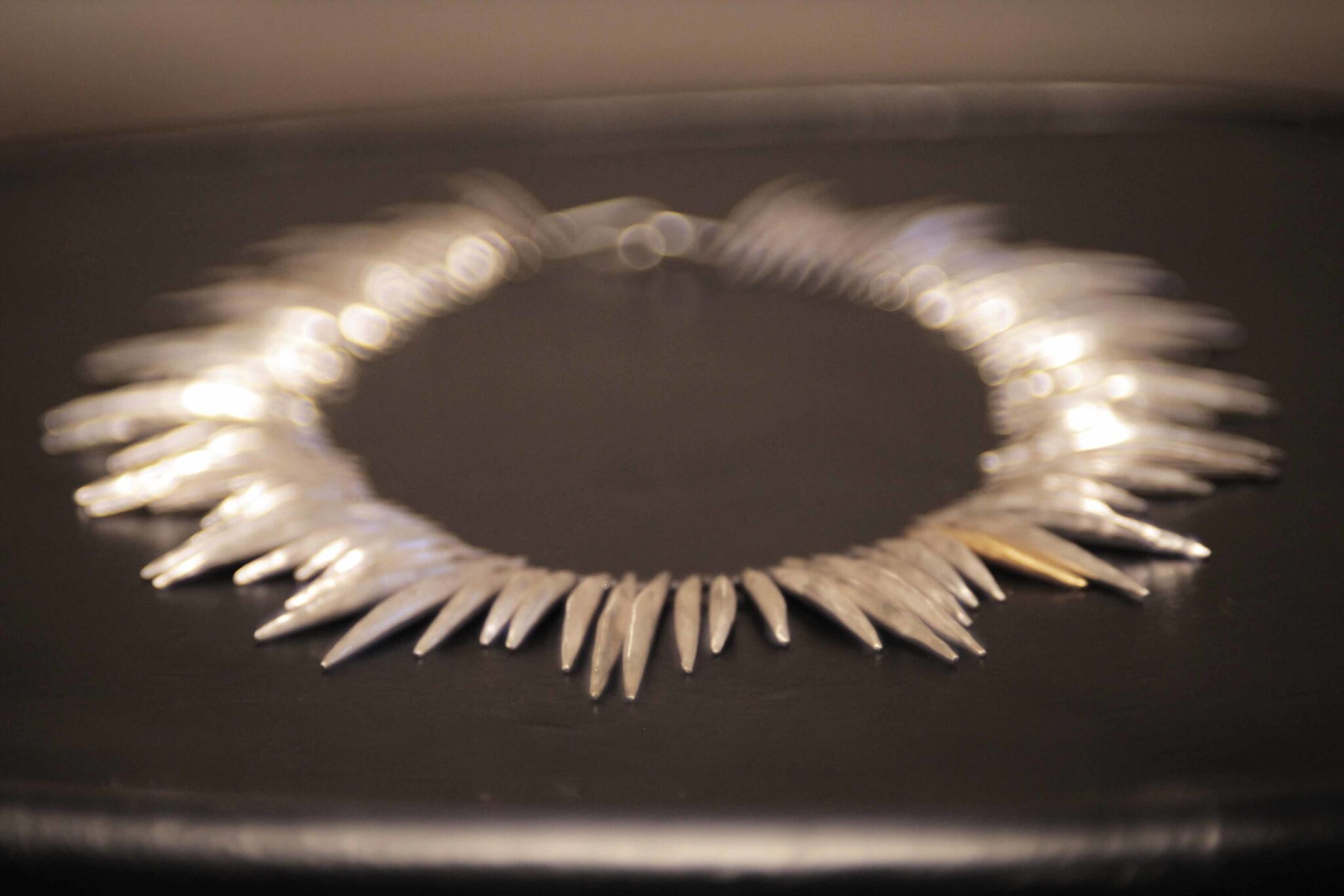